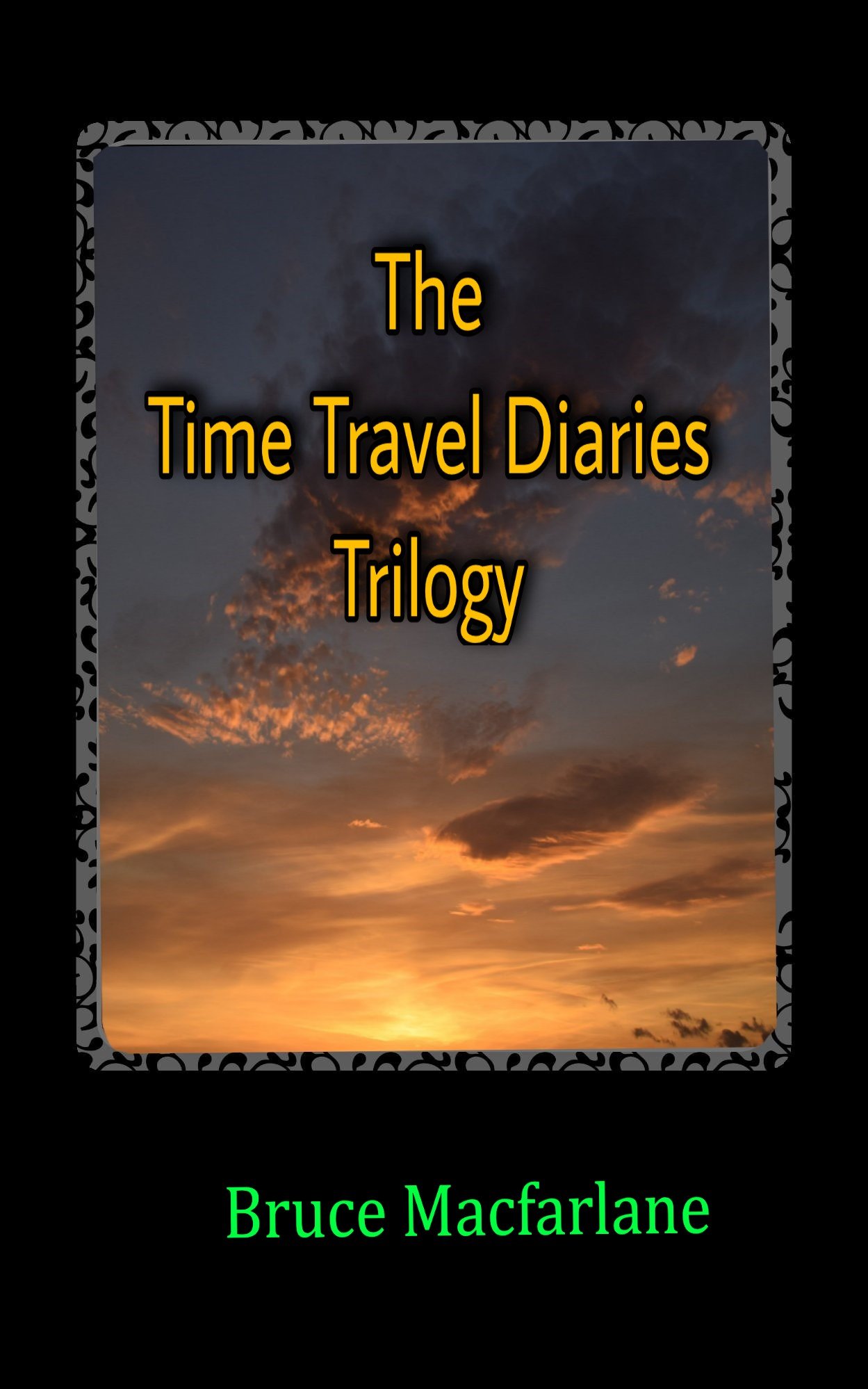 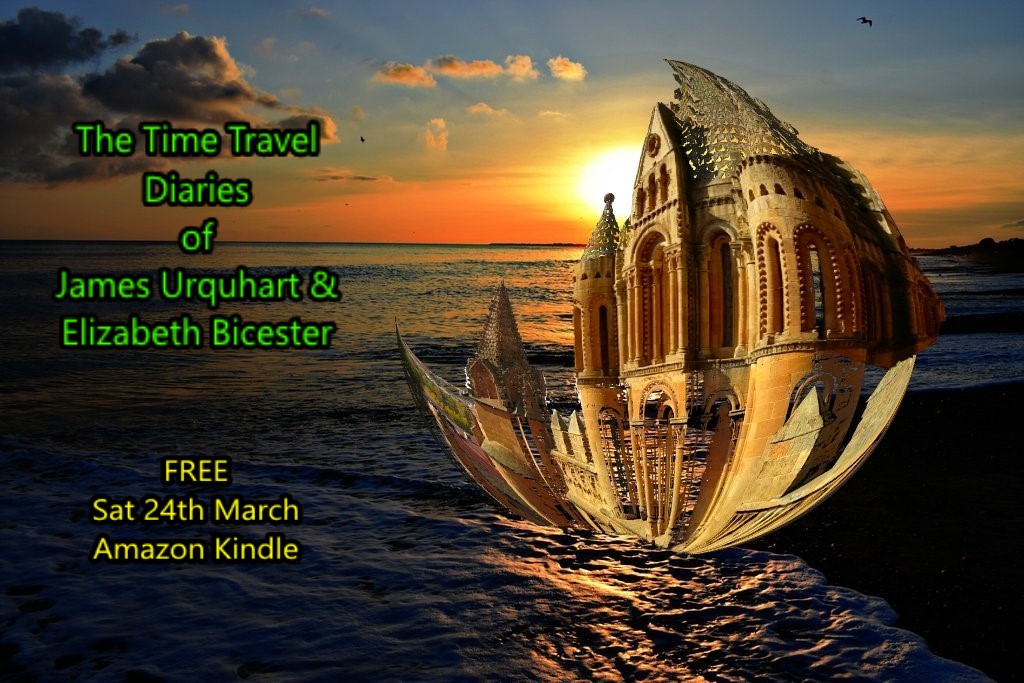 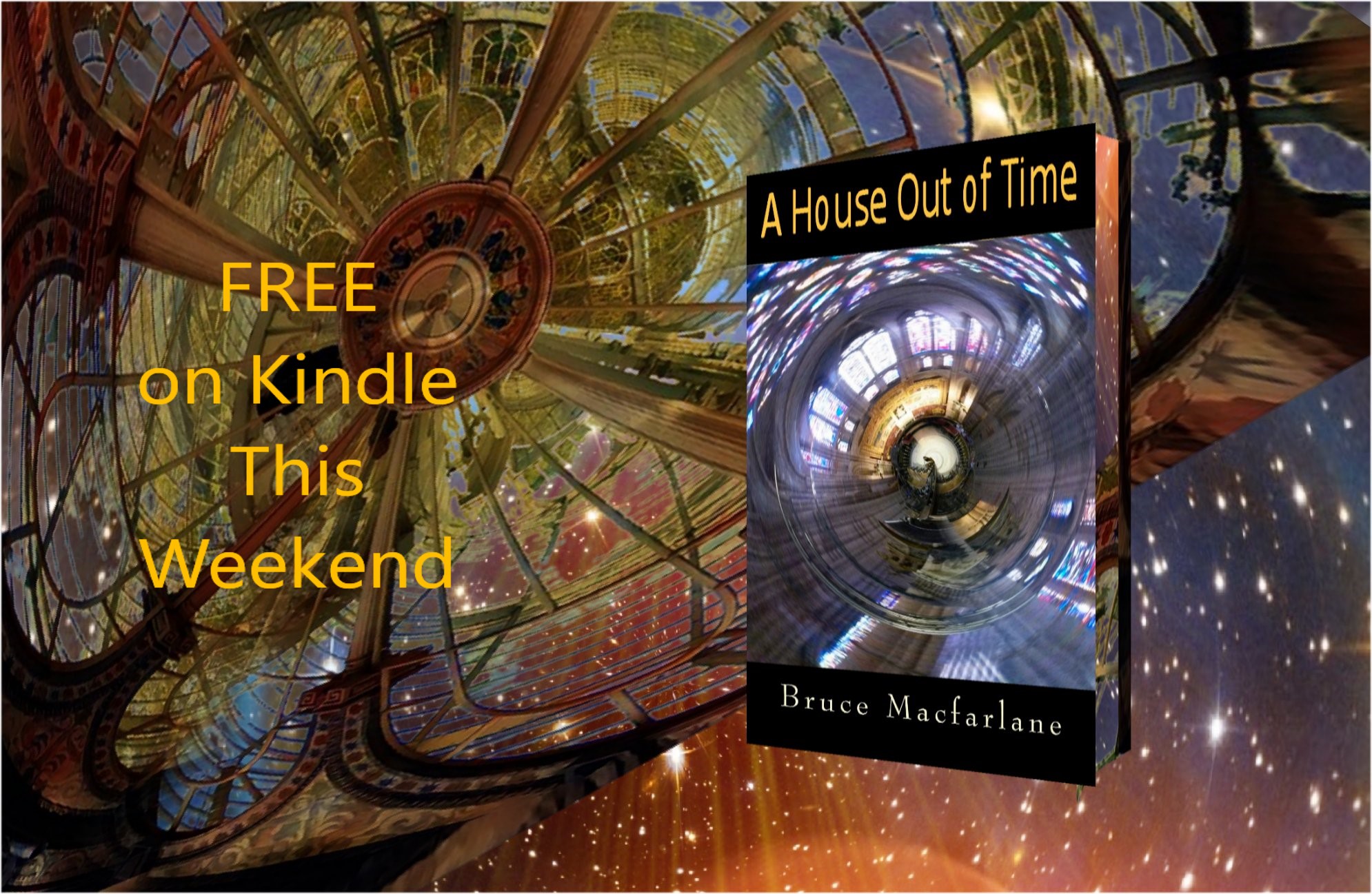 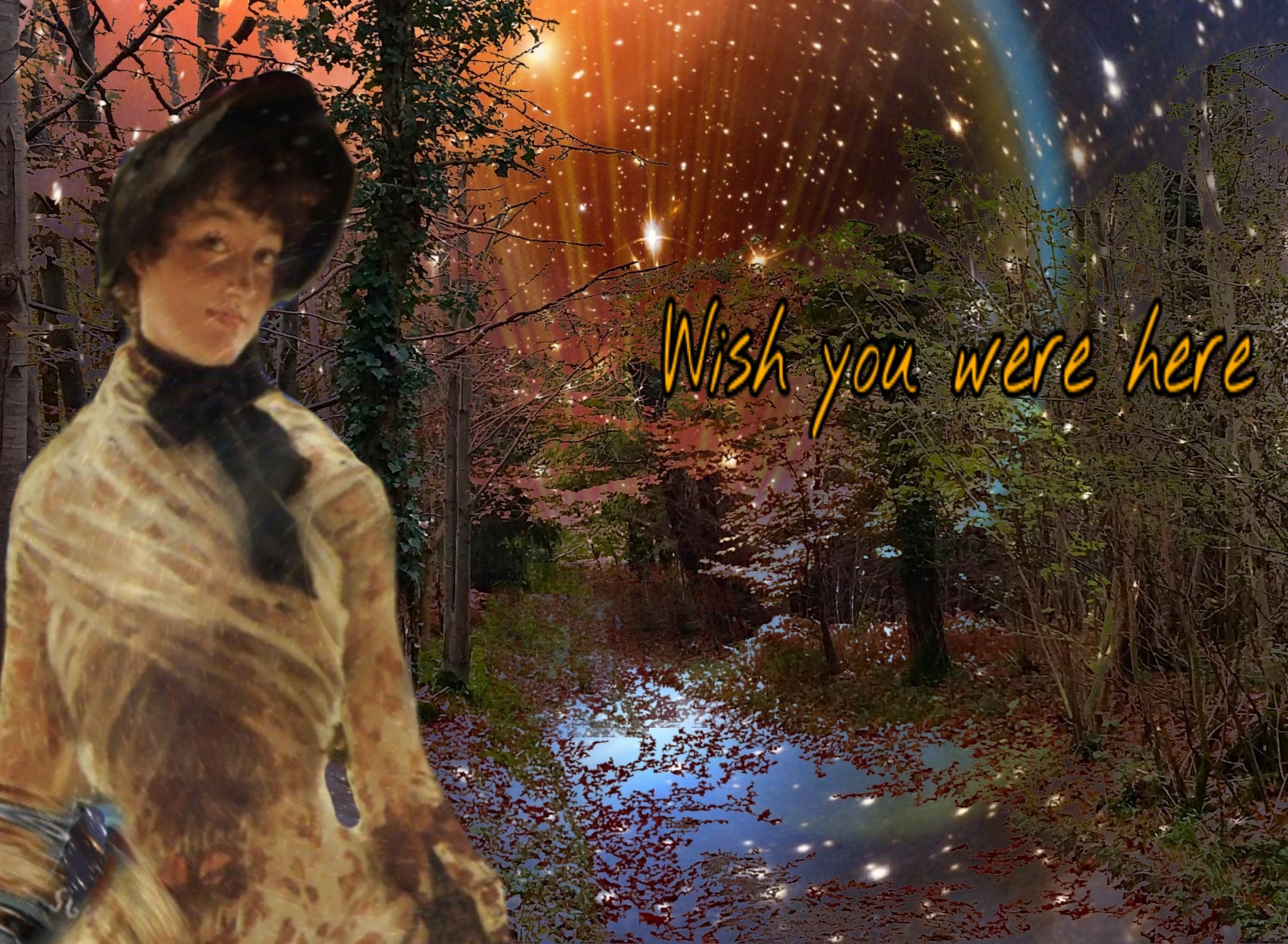 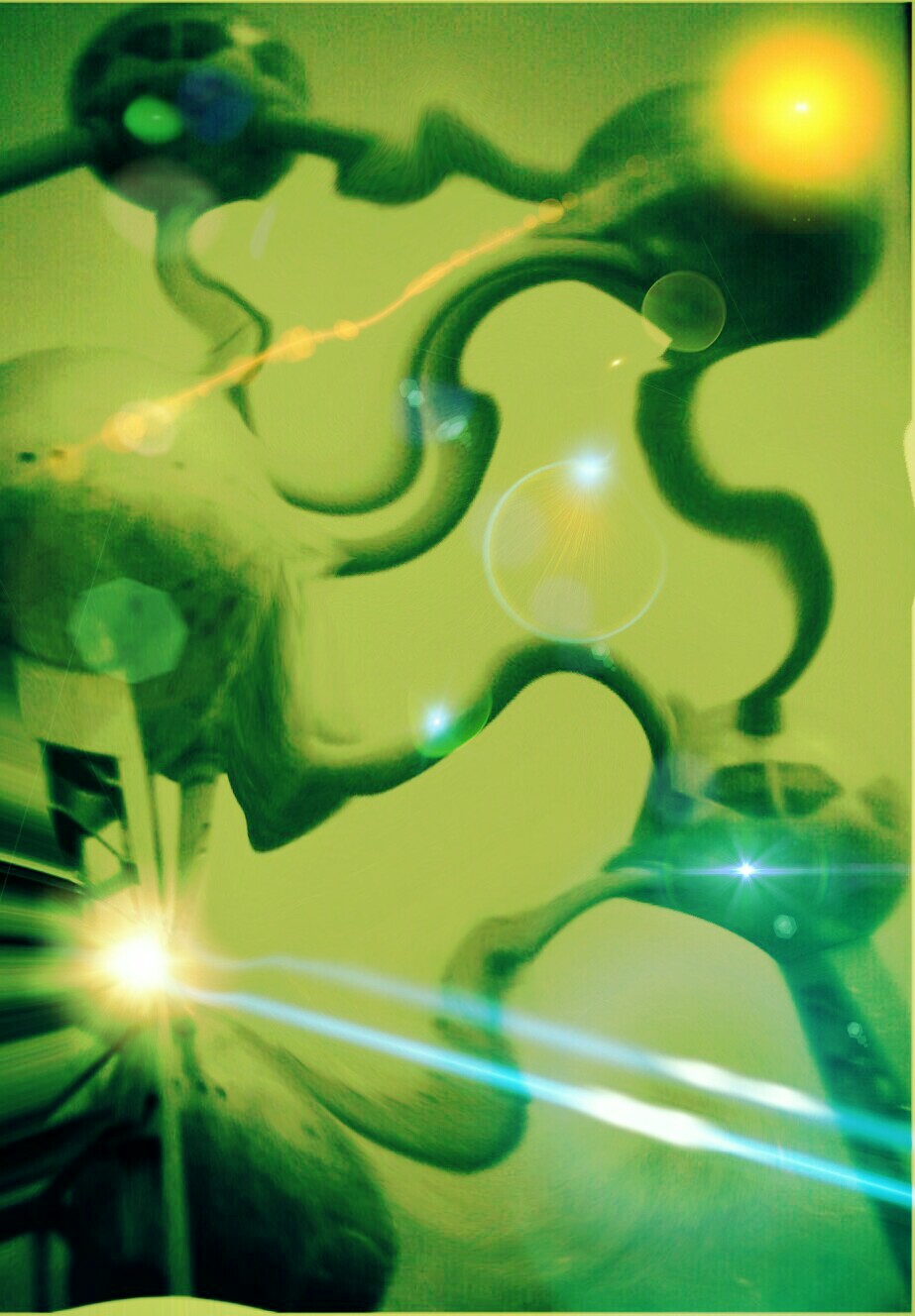 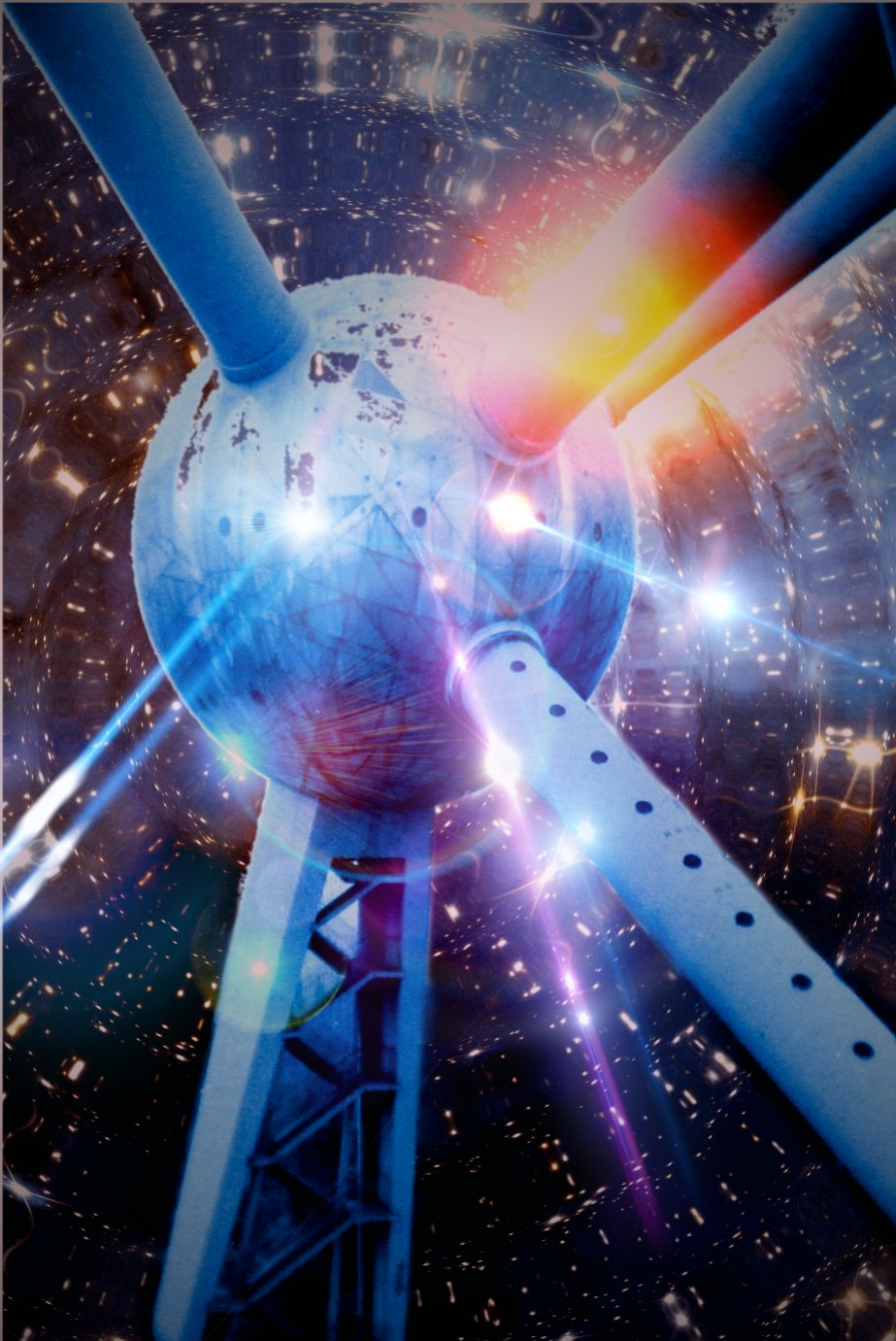 My intrepid adventures and HG Wells are in the Time Cavern stuck in 1895 trying to find a way back to their world. They have concluded that they need to build a machine like Tesla’s which caused the world to shift in the first place.

Here is an extract from their diaries from A Space Out of Time– available from Amazon on 1st December.

J. is for James’ diary and E is for Elizabeth’s

“So the only way is to build a Tesla Coil and try and reverse what Tesla did.”
“How will you do that?” Elizabeth said.
“Good question.”
I got out my phone and retrieved the photo of the article I’d got at the library on Tesla. It didn’t look easy. I was going to need a lot of gear.
I said, “Where can I get things like wire, cables, insulators and jam jars?”
“You could try a local ironmonger,” said Wells.
“Of course! Worth a try,” I said, “Hope you’ve got lots of money, Wells. Let’s see what I need.”
I went through the article again.
“OK. We need at least ten jam jars for the Leyden capacitors you’re going to make for me, Elizabeth.”
“Ten!” she said.
“Yep. At least. With plastic lids.”
“And if there is no plastic in this world?”
“Anything that isn’t metallic. And, let me think, a box of six-inch nails and brass screws, a screwdriver, a hammer to bang in the nails, loads of tin foil, a few yards of thin copper piping and about – oh, I don’t know – about 50 yards of insulated copper wire. And a wooden block and a round wooden post about three-foot-long and six inches in diameter.”
“I now understand how our garage became the way it is.”
“If my garage was here we wouldn’t need to go shopping. Now what else? Oh, yes, and a high voltage power supply. And, since I’m a complete coward, a very long wooden stick to poke it with. I can’t think of anything else. Can you?”
“How about some matches?” she said.
“What, to set light to it? That’s a bit unfair, I’m trying to get you home.”
“No, James, to light the candles after we have short-circuited the whole of Midhurst’s electrical power supply and need to find our way out of here.”
It was a good job someone remembered the important things.
——————-

E.
When Mr Wells and James entered the ironmongers, I was immediately treated to the spectacle of the antics of two small boys who have been let free in a toy shop without restraint. It was not without considerable effort that I managed to distract them from the gadgets and objects in what James described as an Aladdin’s Cave of things he hadn’t realised he needed, and forcibly direct them to the items we required.
Eventually, after much discussion with the proprietor, which included a long discourse on the decline in quality of materials caused by the cheap imports of barbarian goods, we acquired the metals and woods for James’ experiment. However, there then arose the question of their conveyance to the cavern for there was more than we could carry.
It was at this point that I must have succumbed to the beginnings of a brain fever for I found myself agreeing with James that an old rusty perambulator propped up against the corner of the shop would be adequate for our needs.
My illness did not become apparent, however, until while walking back along the main road pushing the perambulator, an elderly lady stopped us and berated my husband for buying his wife such a dilapidated carriage for our new born child. James forgot himself and his manners and told her it was perfectly adequate and to mind her own business. An argument then ensued which drew in several other women who proceeded to discuss the frugality and selfishness of husbands and fathers. When, in the hope of ending this discussion, I protested that we did not have a baby, the women’s attention turned to me and in a most unsavoury manner demanded to see the child to assess its welfare. Unfortunately, as James tried to manoeuvre the carriage around them to escape, a wheel fell off and in the process spilled the entire contents of the carriage onto the pavement.
There then followed a terrible commotion amongst the women as they tried in vain to recover the non-existent child from the materials strewn across the road.
It was at this moment that the brain fever must have taken fully hold for I fainted.
When I recovered, I found myself in bed with James by my side holding my hand and looking very apologetic. After some close questioning, coupled with a considerable amount of evasion by he whom I sometimes refer to as the love of my life, I discovered that after repairing the wheel they had placed me in the perambulator and pushed me back to the hotel.
The vision of the Squire of Hamgreen’s daughter plonked in a small cart with legs and arms trailing akimbo, like an intoxicated doxy after a successful afternoon, and pushed in a cart through the streets of Midhurst in broad daylight by two men caused me, I am afraid to say, to faint again.
————————

J.
I thought it best not to use in my defence that she was too heavy to lift and carry back to the hotel and that the pram seemed a good idea at the time. Nor to ask her to thank us for sacrificing all the equipment we had bought to bring her back to the hotel safely.
And certainly, not to mention that the wheel fell off again and that it required four strong men to lift the pram with her in it while we reattached the wheel.
In fact, I thought it best to stay very quiet, bring her lunch to the bedroom and sit in the corner studying intently the intricacies of nineteenth century wallpaper.
——————-

E.
I should record that I am normally of a reasonable and sound constitution and not prone to fainting fits, unlike some ladies I have known who have used it to their advantage with male companions or to escape from embarrassing situations. However, I can only say the state of unconsciousness saved me from a rather severe argument with Captain Dunderhead in which I may have used words which I later regretted!
————————-

Elizabeth has quite a bit of knowledge of Victorian electrical equipment as she had joined a science club at University. She denies it was an opportunity to meet members of the opposite sex. Much to James’s surprise she knew all about Leyden jars and Whimhurst machines.

From  A Space out of Time – on Amazon from 1st Decmber