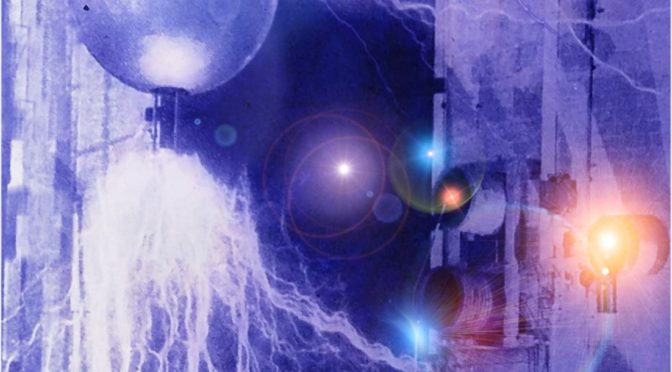 A lot of strange things have been attached to Nikola Tesla on the internet including time travel and communications with Mars.

The most famous is a New York Herald in March 1895 which reported that Tesla, while conducting an experiment, was nearly electrocuted and had an “Out of time” experience where he could see a little way into the future and the past.

A reporter for the New York Herald wrote on March 13 that he came across the inventor in a small café, looking shaken after being hit by 3.5 million volts, “I am afraid,” said Tesla, “that you won’t find me a pleasant companion tonight. The fact is I was almost killed today. The spark jumped three feet through the air and struck me here on the right shoulder. If my assistant had not turned off the current instantly in might have been the end of me.”

Unfortunately, I am unable to find the original source of this report though it is often found on the internet.

However, what is fact is that in the early morning hours of March 13, 1895, the South Fifth Avenue building that housed Tesla’s lab caught fire.

It started in the basement of the building and was so intense Tesla’s 4th floor lab burned and collapsed into the second floor.

This gave me an idea for a story for my intrepid adventurers.

In my book “The Space Between Time” Nikola Tesla while working on his electrical resonant transformer accidentally causes a massive electromagnetic pulse which shifts time into an alternative parallel world. However, only a few people noticed the difference.

H G Wells is one of them of course and decides the only way to return the world to normality is to call again on the services of James and Elizabeth. Naturally they’d rather have a peaceful life but as usual Wells makes sure they no option but to help.

Of course Nikola Tesla was quite interested in communicating with Mars anjd spent some time trying to detect planetary signals.