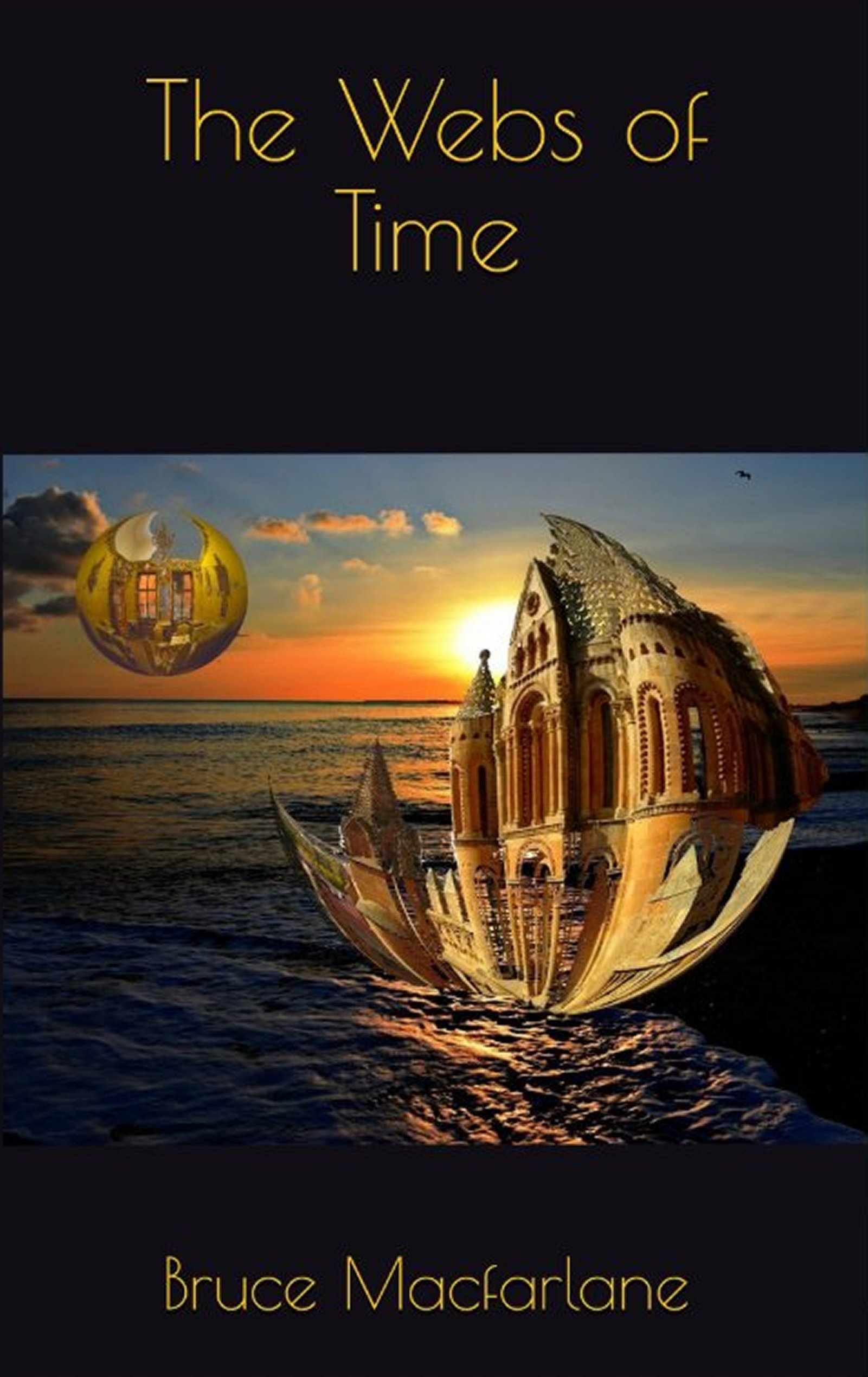 Here are seven short stories from the time travel diaries of James Urquhart, minor scientist, who lived in 2015 and Elizabeth Bicester whom he met at cricket match in 1873.

They are narrated by Professor Rolleston who discovered the original diaries and who spent his life, when not hunting fairies, trying to understand their contents and the reasons for their existence.–~–Three of the stories, Northern Nights, A Holiday in Cornwall and the Haunted Mill, previously appeared in Three Tales Out of Time.

In this narration is an example of where the time lines of our intrepid Time Travellers have somehow crossed with strange consequences.

A difficulty with assembling the diaries into a chronological order is that many are fragmentary and originate from different time lines. It is akin to constructing a jig saw puzzle of a picture with pieces from a number of puzzles all of the same image but cut differently.
But there are some which do not fit at all. Their stories end strangely as though the time travellers were somehow trapped or caught in a temporal eddy.
Perhaps you can better understand what I mean by reading this example:

The creature known by the name ‘Peters’ appears rarely in the diaries. However I have gleamed sufficient information to conclude that he may originate from an ancient race of time travellers that had the ability to alter time. I am not certain whether his race still exists here or resides in another universe but what is certain is that on at least two occasions he appears in the diaries at a time of imminent catastrophe and is able to move Urquhart and Bicester across space-time without effort to avert the crisis.
Why he and the Martians have such interest in the diarists is an enigma. But no doubt they have discovered that Urquhart and Bicester have acquired special abilities which is advantageous to them.
I hope eventually, as new fragments of the diaries appear, to find how they acquired these abilities for I believe it is key to our survival.
In this narration from the diaries we find Peters has sent the diarists back to a distant past to avert the destruction of Earth and Mars.

Here are three short stories from the Time Travel Diaries selected by Elizabeth of holidays the couple took while ‘resting’ from their time travels.
As usual in my narrations of the diaries I have assigned a J. for James Urquhart and E. for Elizabeth Bicester.

In my original publication of the diaries I recorded that I had found them bound together in a copper chest during an auction sale at Miss Bicester’s home at Hamgreen. However, I omitted the circumstances by which I became aware of their existence.
The reason was simple. I had been charged with making sense of the diaries and assembling them into a chronological order and this task kept me fully occupied for over a year. However, as I progressed through the diaries I began to feel that they were not just a record of the time travellers’ lives but something more. They seemed to have a life of their own and I began to wonder whether the means by which they came to my attention was a necessary and integral part of their existence!
I could not put my finger on it at first until I came across an entry in Miss Bicester’s diary regarding a discussion where she and Mr Urquhart wondered whether they were actually real and had free will or were under the influence of unknown forces. They were concerned that during their journeys through time they were not in control of their actions. They were especially suspicious of H G Wells who often appeared at opportune moments to nudge them in a certain direction to assist with a quest and had great interest in their diaries. I must confess he is an enigma for he states in one entry that he has the ability to have what he referred to as ‘out of time’ experiences and see the future! I have gleamed a little from the Martians on this and gathered that not only is he well known to them but I have the distinct impression that they often assist him or use him to alter futures or pasts for their own benefit.
However Miss Bicester’s entry fed upon my unease for it suggested that the diaries somehow dictated rather than recorded their action. In other words the time travellers were or are constrained within a time-trap from which they are unable to escape.
As I pondered on this, the unusual means by which I became involved with the diaries began to prey on my mind and I began to wonder whether I was part of the diaries as well. Because of this I believe it would be helpful if I have presented here a brief resume of how I arrived at the diaries in the hope that it may shed further light on their importance.